When you see this…. And pull out a barrage of error codes!

There’s a high chance your problem can be solved with this.… 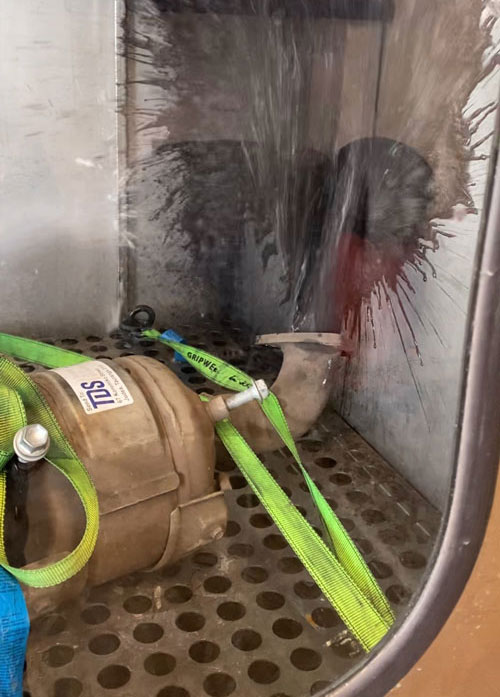 At TDS, we’ve pretty much seen it all in our own workshops. All the codes, all the symptoms and all the remedies possible.

We’re here to help you fix the problem that caused your fault codes or the dismal engine performance presented to you.

Proper cleaning in our purpose built plant will normally completely renew the DPF and that in turn will clear the codes and the problem performance.

But before you race into removing the DPF to send to us, let’s look at some background facts and other possible causes.

We trust you’ll benefit from the collation of helpful info that follows:

Our plant can handle all DPFs from passenger vehicles, trucks, buses, Ag and Earthmoving machines and stationery engines. It will efficiently remove the PM-10 (Soot & Ash) from the filter restoring the DPF back to 98.5% of original efficiency.

Once you decide from facts of the case, from the reading or from talking with our team it may be now time to remove the DPF.

If there is a Catalytic Convertor as well, we recommend you send this too

Pack them up as you would when sending us a pump or turbo. Send it to us and we’ll respond with an update as soon as we receive.

We’ll first check it with an endoscope for cracks and check for visible damage that may prevent cleaning as the solution. If this were the case we will let you know immediately and can offer cost effective replacement solutions.

But the normal course will see our machine read and print out pressure and flow readings before and after the cleaning process and we’ll present this to you on return of the DPF.

With plain sailing it should be on its way back to you within a couple of days from our receiving.

Some Tips to Help Diagnosis

DPF blockage may be a result not a cause!  While having the DPF professionally cleaned or even replacing it with brand new may not eliminate that cause.

Ask the driver of the vehicle you are working on… Do they go for decent highway drives? This is necessary for the Passive Regen to do its thing. Needs to be at least 80km per hour or above for a total of an hour or so, best weekly but fortnightly at least. City driving won’t normally cut it.

LEAKAGE OR MALFUNCTION ON THE INLET SIDE

Having said that, many vehicles presenting DPF problems are actually doing more than enough highway driving so there will be other causes. Problems on the inlet air side can often cause the DPF to fail.

As the turbocharger, pressurizes the myriad of inlet piping between the turbo and the engine inlet, there are lots of avenues for inlet leaks. E.g hoses that connect the turbo outlet to the intercooler inlet.

These leaks effect the workings of the mass air flow sensor (“MAF sensor”). The MAF sensor continually measures the mass of air going into the engine. Vital as the computer uses that info to calculate the volume of fuel to inject.

As only air and fuel go into the engine, the ratio between the two needs to be correct and the job of the MAF sensor is to self-correct for pressure and density thus ensuring the mass of each is optimized.

Accordingly, any leak in the inlet air, occurring after the MAF sensor, will mean the air measured is not actually all going into the engine. The engine will over-fuel continuously under boost, and thereby produce significantly more carbon for the DPF to deal with.

So in short, induction leaks cause mal performance and/or premature blockage of DPFs. It’s vital such leaks are ruled out before re installing a cleaned or a new DPF to the engine.

Over the top of all that is the differential pressure sensor that measures pressure and pressure drop accross the DPF filter. That tells the computer when its time to trigger a regen.

But if the line to the pressure sensor gets restricted, the computer will assume no regen is necessary and only bad outcomes will follow.

A FEW MORE ISSUES THAT MAY CAUSE DPF BLOCKAGE/FAILURE 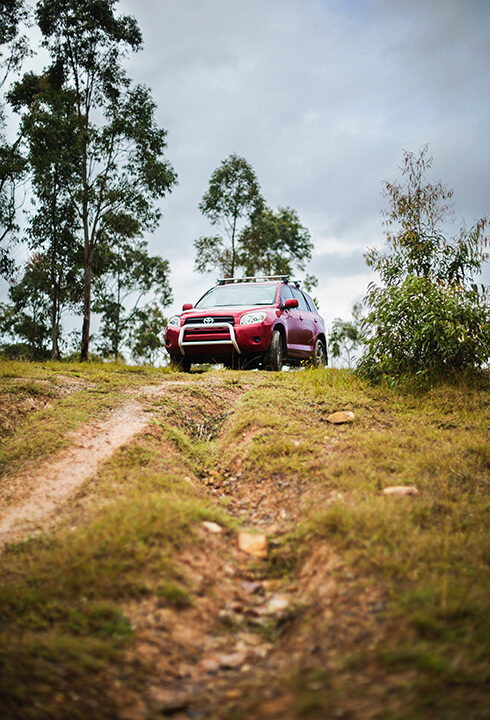 To all our valued customers we will be closed for the festive season from 3.00 pm on the 23rd of December reopening on 11th of January thank you for your continued custom throughout 2020 and we look forward to seeing you again in the new year.